I know it’s been a bit of a while since I last wrote.  I hadn’t meant to be away from the blog for so long.

The mass of my creative time has been spent working on #goodjobtexasjr and #sateenscene.  It’s kept us all busy, and it’s been an incredible learning experience as well.

For #sateenscene, I’ve taken on my traditional role of Production Manager.  So my work is to make sure all the Is are dotted, the Ts crossed, and the processes in place for our shoots to run smoothly. 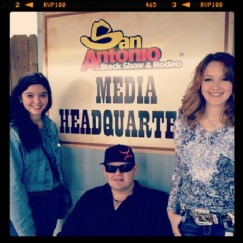 It also has the fringe benefit of putting me front and center to watch our anchors and correspondents grow into their roles.  From that first orientation session to our first day of shooting at the San Antonio Museum of Art to our most recent adventures at Enchanted Springs Ranch and the San Antonio Stock Show & Rodeo (where Elora got to interview Austin Mahone, and Kelson Alderman – that’s him on the left – made his debut as a correspondent), it’s been a privilege to watch them on the path to becoming full-on journalists  I’m told Brennan’s interview with Mayor Castro was really cool).

We’re three episodes into this new season, and you can catch up on #sateenscene‘s YouTube page.  So we hope you’ll tune in and show your support.

Meanwhile, as we’ve been helping bring that show together, Nikki, Jamye, Brennan, and I have also been hard at work with the rest of the #goodjobtexasjr crew on our live show.  And in the intervening weeks since we wrapped up #girlpower month in November, we’ve seen a few big changes.

The most obvious is the new venue.  For our #2013concertseries, we’ve moved to Sam Ash Music Store (on 410 & McCullough).  It’s a great location, with the kind of concert stage that gives our show an epic feel.

And as the show has expanded its location, it’s also expanded its reach.  The live music showcase is still there, but now we have a full-blown talk/variety show, right down to the comedians.  As such, my role as writer has similarly expanded, and I’ve been working with Jay LaFarr to help strike that perfect balance between comedy and community.

And so far, the audience seems to be enjoying the results of all our work. 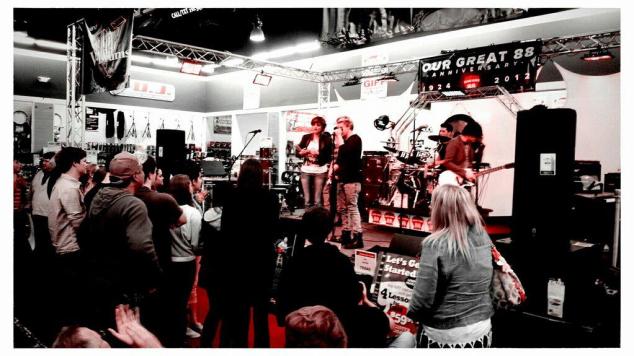 We launched our #2013concertseries on February 13 with Ready Revolution, who played to a packed house and an online audience that reached as far as Poland.  (I’m not kidding – POLAND.)  It was a fantastic start to the new season, and the great performances continued with Camille Sanders on the 20th and Keep It Cute on the 27th.  And through it all, behind the scenes, you’d find us – Nikki, Brandon, Oscar, Jay, Jamye, Aisha, Jennifer, and me – giving our all to make it happen (you really need to see the shorthand Nikki and Jamye have developed to keep the show on track – that’s almost a show unto itself).

And so, the month has wrapped, and we’re ready for another one.  #goodjobtexasjrlive will take a short break, but we’ll be back at Sam Ash at the end of March with another great show.  Meanwhile, production continues on #sateenscene, so if you’d like to keep up with all the buzz, be sure to follow our myriad social networks:

Thanks as always for your support.  Whether you’re tuning in, showing up, or even just resharing our posts, it’s always appreciated. 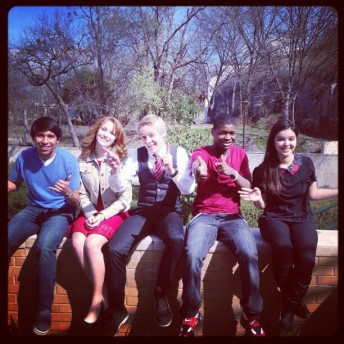